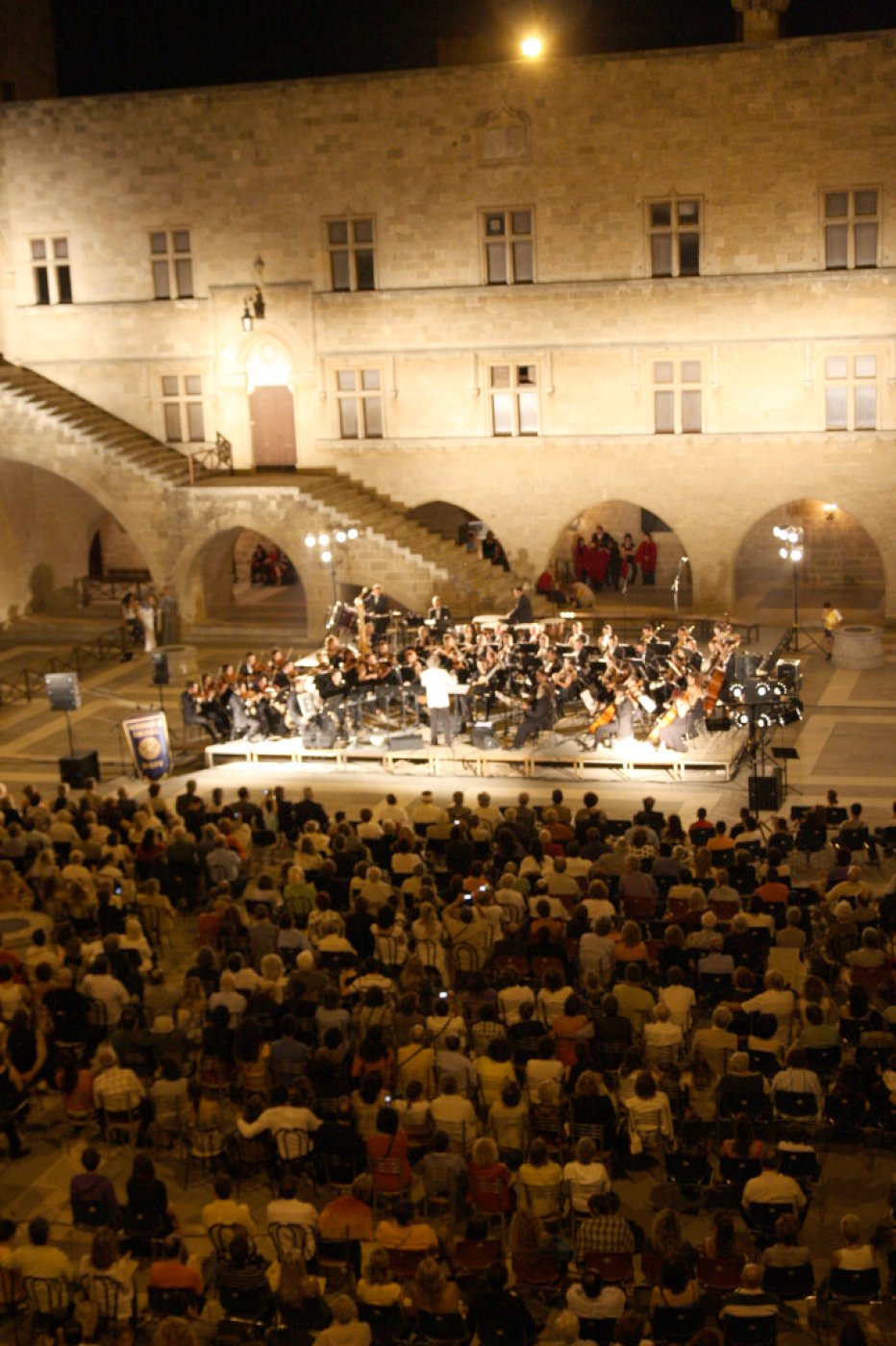 Iris Mavraki, the famous Greek singer who is originally from Rhodes Island, took stage with Bursa Regional State Symphony Orchestra on 9 July 2009 under the conduction of Ender Sakpınar at the island’s UNESCO world heritage monument; Palace of the Grand Master of the Knights of Rhodes, also known as the “Kastello”. The magnificent performance received great applause from the audience.

Our orchestra, which had been working diligently for this evening, was met with enthusiasm appreciation from the local community. A great deal of Rhode Islanders from Turkish origin who got familiar with BRSSO for the first time, expressed their pleasure pride in meeting a Turkish orchestra insisted on a repeat concert.

BRSSO musician Member of Board Burç BALCI underlined the concert’s message to build a bridge of friendship cultural exchange between Greece Turkey. He also stated that it’s the first time in the history of Rhodes Island that a “state” orchestra has performed here.

The repertoire included some popular Turkish Greek folk tunes such as songs by Theodorakis Livaneli, as well as works by Turkish classical composers Nevit Kodallı Ulvi Cemal Erkin. Six Greek musicians (two bouzouki, two guitars, a piano an accordion) performed to represent the local lively atmosphere of Aegean Mediterranean cultures, proving that “music” is the element that connects people together. Besides the musicians orchestra, İris Mavraki was accompanied by the Rhodes Municipal Mixed Choir. Singer İris Mavraki, who took the responsibility of organising the concert by herself, won the hearts of the listeners with her enthusiasm warm messages of hope peace. Iris Mavraki is a well known activist that has organised participated in concerts with Turkish orchestras under the theme of friendship brotherhood.

The initial rehearsal for the event took place at Bursa on 29 June 2009 with the attendance of singer Iris Mavraki. Bursa Regional State Symphonic Orchestra departed to Rhodes Island on 3 July 2009 returned to Turkey on 8 July 2009 after completing the rehearsals concert.

As a cultural cooperation project between Turkey Syria, in return for the concerts that the Syrian National Symphony Orchestra performed in Turkey, BRSSO went on tour to Syria on 23 June 2006.

Guided under the management of conductor İbrahim Yazıcı, the event was BRSSO’ s first international tour. The orchestra appeared on stage at Damascus on the 25th of June at Aleppo on the 27th of June.

The concerts were met with enthusiasm great interest from the Damascus Aleppo communities. Bursa Regional State Symphony Orchestra received a standing ovation in both cities! 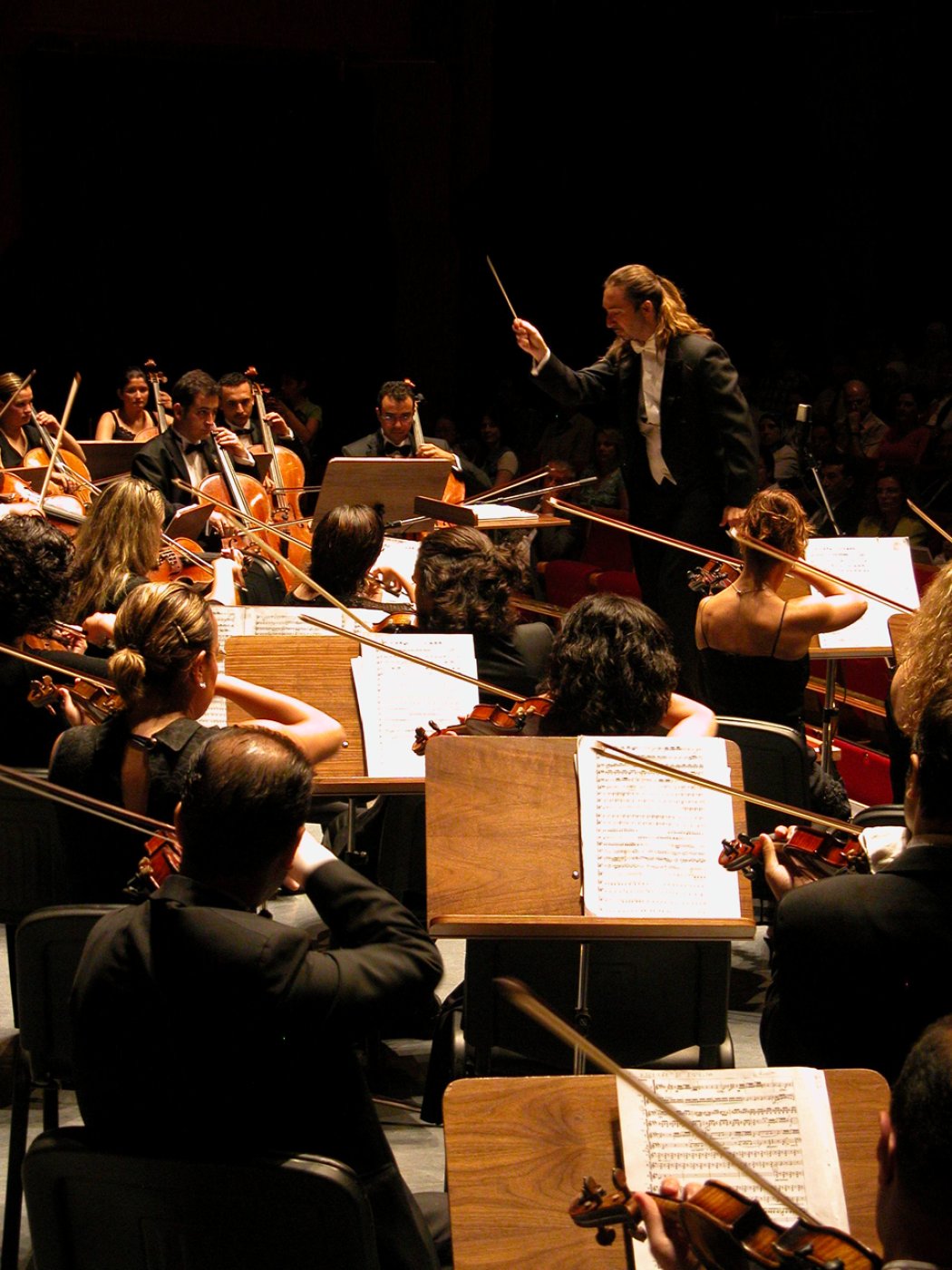 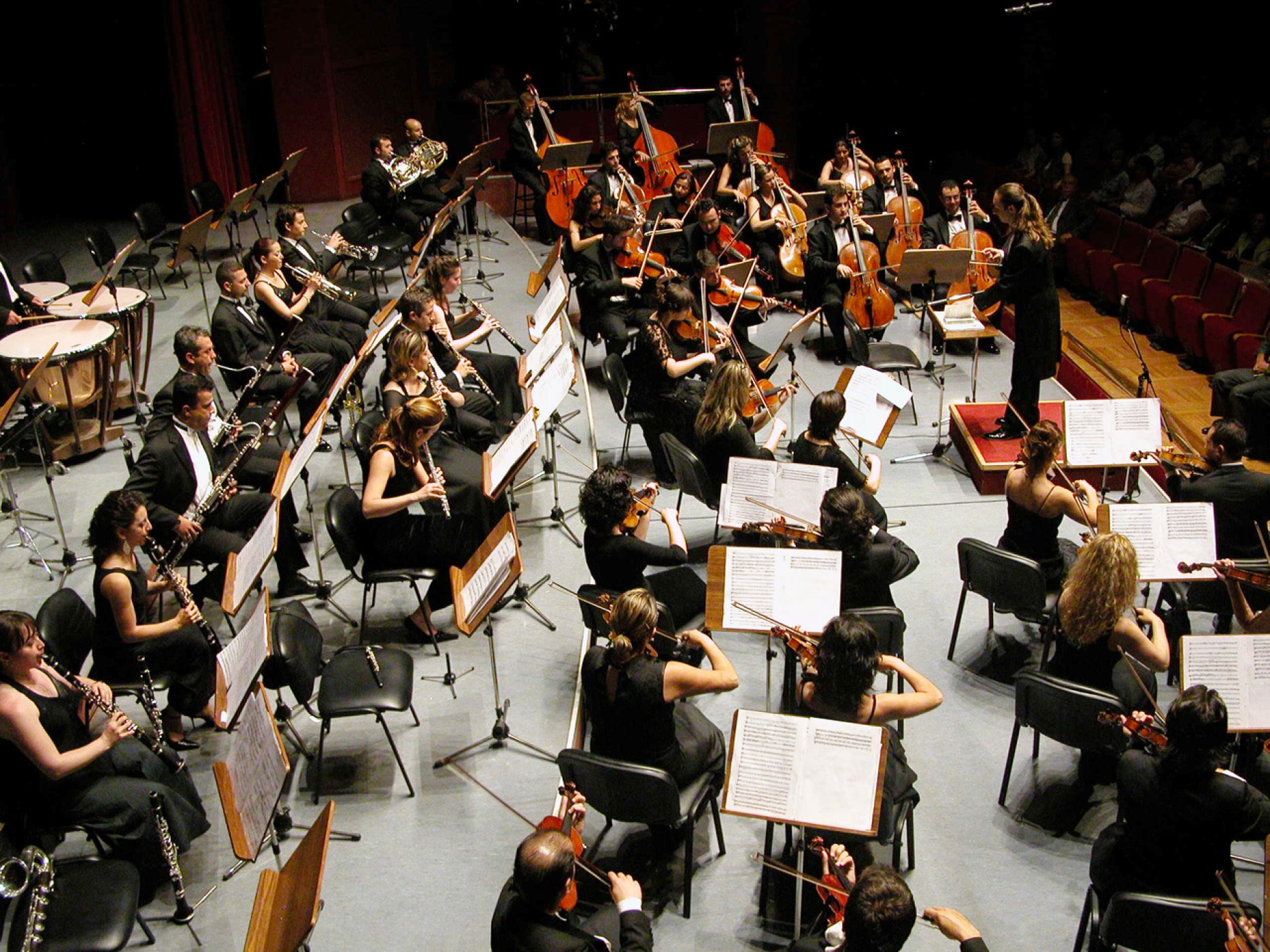 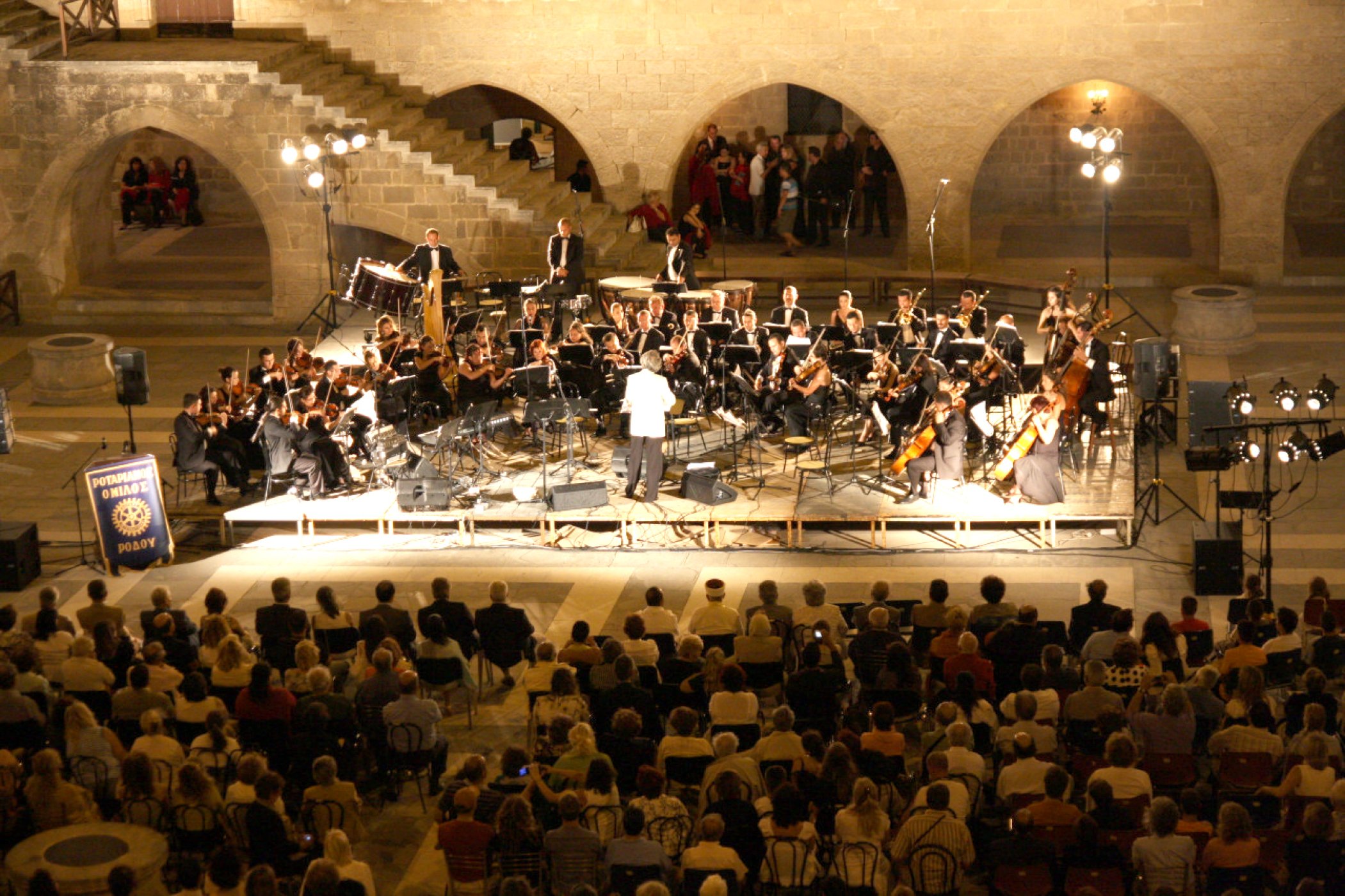